It is good to talk. 5 business tips for handling difficult social conversations via marketing 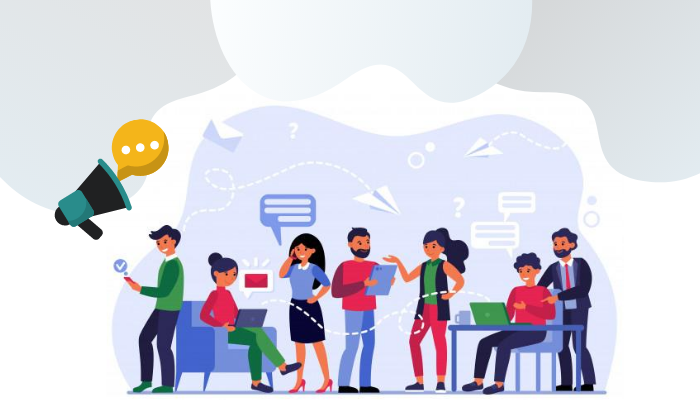 There are things that none of us wants to talk about.  A meeting went wrong, a target not met or database that needs data mining services but we don’t want to go there, for, it can open a can of worms, and you aren’t ready for that conversation yet.

Some products are push products like insurance that tend to cause a drop-dead silence (like literally) in the room. Or there is sanitary hygiene, body positivity, mental health or gender fluidity- a topic that nobody is sure how to approach and address.

As a marketer, you may have a product, service or conversation at hands that you aren’t sure how to deal with. But avoiding that issue can’t do you any good. However, you can’t have a let-us-get-it-over-with attitude as well.

If you can relate to having a product or service that requires handle with care, scroll down to read how to walk the talk and become the talk of the town by carefully and sensitively handling the subject matter.

Face it. Be upfront.

While you have successfully managed to avoid a topic thus far, it is time to confront your fears and be brave. You can’t keep holding off any discussion because of the fear of backlash. Besides, whether or not you have a product or service that entails challenging engagement, your customers want you to have a say.

Gender fluidity is an all-concerning topic, so is women safety, cybersecurity and health. However, ensure that your content shouldn’t blame or pinpoint but clearly offers your stance. If you are holding a talk or a webinar, you don’t even have to do that but moderate it for a fair opportunity. Weave a story but don’t dilute a social cause.

In today’s time, people like brands to have a voice on social issues or have a stand on topics that concern general awareness and uproar. You can’t go on in a BAU mode. Your customers are enlightened, more vocal than ever and would like to endorse a brand that speaks for them.

So, prepare notes. Exchange it with the thought leaders and then, get to it. It doesn’t matter how you carry out this conversation, via a Facebook ad or email marketing campaign, reach out and speak up.

Watch this reel of much-admired ‘Unstereotype Experiment’ by HUL for marketers that challenged the way they think of their targeted demographic.

The conglomerate worked with University College London and organised a study where more than sixty marketing and advertising professionals from, Rotterdam, London, and New York participated and agreed to offered DNA sample to study ancestry and geographical origins.

The volunteers participated in a behavior-change workshop to “unlearn” the stereotypes or patterns they have learned and made a part of their unintentionally.

Be fierce but don’t shy away from an apology. 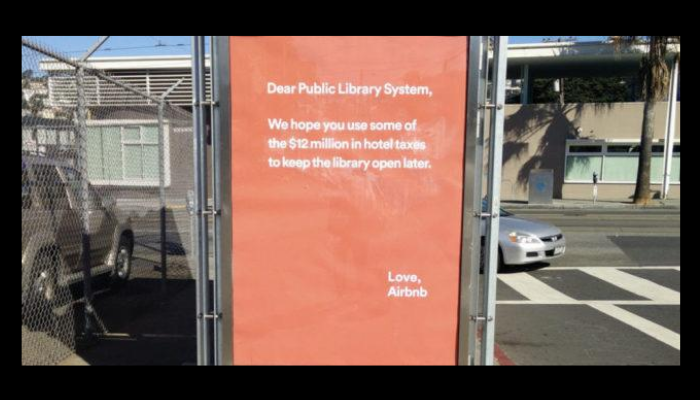 Sometimes, we fail to see another perspective until it is too late. Sometimes, the issue is bigger than our comprehension, and we mess up.

People run companies and brands. People make mistakes. So, if something that you said out wrong, published incorrectly- swallow that tough pill, wear the grown-up outfit and apologise with a child’s innocence.

Also, don’t be regressive and don’t preach or practice concepts that can place you amidst crossfire of netizens. The bad news travels faster on the internet. So, steer clear. You may end up harming your brand and its reputation.

Airbnb launched a scathing attack worth $8 million for imposing regulations against short-term rentals in San Francisco and found itself up in alley against the Board of Education, Parking Enforcement, Public Works Department and other welfare government entities.

A San Francisco resident, Martha Kenny showed the American rental online marketplace its place in the system. You can read the full response here.

After facing a stinging backlash on social media, the CEO, Brian Chesky, admitted publicly that these ads made the brand and associated people look like jerks. It wasn’t the first one for the brand either, but accepting it at least offered albeit, a little, pacification.

Don’t be a manel.

Besides vitamin C and immunity boosters, invites for webinars saw an unprecedented surge in COVID-19 time too.

People went crazy there. In a bid to stay relevant to every corporate group, start-up, and business had a webinar. But did they put any thought to it? Well, if the Twitter hashtag #manel has to go by, it is a big, solid, flashing NO written in capitals and red.

Manel is a shame hashtag for panels where women don’t get representation. And it is not like those women aren’t there. They are. It is just that the companies don’t deem them professional enough to speak on the matters they seem to specialise in. Some of them would just shock you. 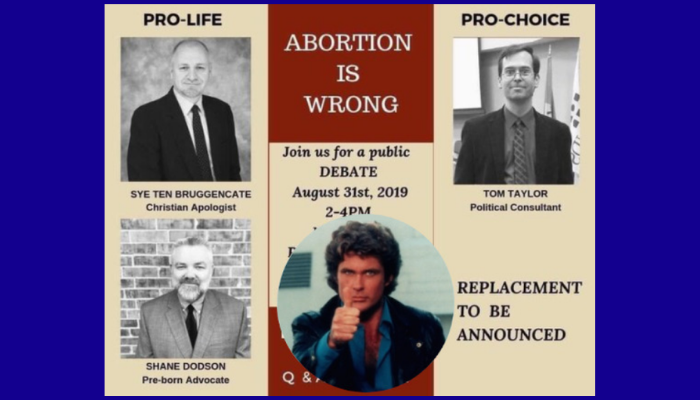 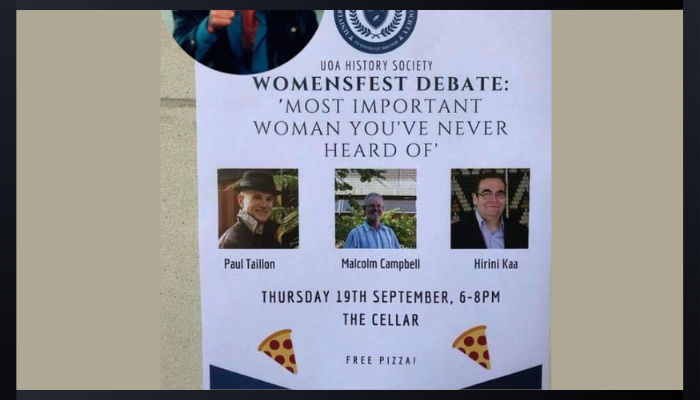 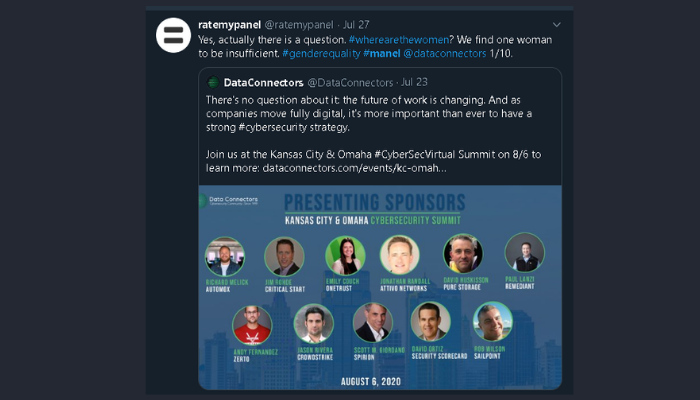 If you still aren’t sure about how it all goes, read this thread by Daniel O’ Maley. Or wait for a post by Congrats, you have an all male panel! Give your initiative an equal representation for a fair play.

In today’s times of roving thumbs, wandering eyes and ever-so-agile index finger, we have lost the art of listening. Chatbot conversations have replaced human engagement. Why? Because it ranks on Google and your customer care only brings you a bad name.

You want people to listen to you. You want to tell them about your offers, collaborations and promotions. Even when you say, “I hear you,” it is to tell them that you listened, but that doesn’t matter.

So, before you start forming an opinion or go public with it, why don’t you ask your audience, consumers and readers about their views. Besides, there are several topics where people can come and talk about privacy.

With the untimely demise of Robin Williams and Sushant Singh, the need for a portal where people could talk about their issues with an expert in utmost privacy and without being labelled has become even more relevant.

As a business, you can create a forum, set up a helpline or provide legal assistance to people for free or reduced rates. Ernst and Young’s ‘r u ok’ is one of such employee assistance portals that helps employees to talk and recognise it they need medical assistance. Genentech offers a free subscription of Headspace to all its employees.

The Canadian telecom Bell launched the Bell, Let’s Talk Day, a yearly event as early in 2010 to encourage people to talk about mental health. It donates five cents for every text and call made on the network and any interaction on social media.

You may call it buying social credibility, but you have to agree with Harvard Business Review here that your employees also want you to talk about mental health.

You can’t know it all.

Despite all your tries and good intentions, you can face adverse reactions, allegations and challenges-irrespective of how much you have anticipated for it.

But don’t let anything deter you from showing your good face to the world and be a better brand.

Why should you initiate and encourage difficult conversations?

Other than the obvious reasons that your voice matters, and as a corporate group, or an enterprise, your opinion can speak volumes and give the much-needed traction as a knowledge expert.

If you are talking about a public matter, a sincere approach creates a positive and thriving space for meaningful and impactful conversations. Besides, it is the social currency that can take your brand a long way assuming you get it right. As Jonah Berger says,

“Whenever customers or people have you in mind, they tend to talk.”

A stand-on relatable and relevant issue can help you create a bond with your customers. A lifestyle and fashion start-up can create a space for body positivity and inclusiveness. A data appending company can talk about creating a safe space for women on the internet. Similarly, a dating website can talk about respect, dignity and honouring a No.

A 2018 Sprout Social survey revealed that more than sixty per cent of customers feel the need for brands to take a stance. Edelman’s study, “Beyond No Brand’s Land” explores ideologies, cultural conversations, the rising notion of buying the belief or finding a brand trapped in “No Brand’s Land.”

The study finds out that sixty per cent of millennial customers are highly motivated belief-driven buyers and are most active in developing countries such as India and China, with sixty-five per cent and seventy-three per cent.

The Edelman study also establishes that consumers believe that a brand, given its impact, wide-spread reach and connection with masses, has more power to bring forth a positive change and change the narrative on a social issue.

So, go ahead and harness the power of belief for your business. Make difficult conversations a little bit less challenging and daunting with these five tips.

You can have better insight into Bizprospex services, expertise at what they do and business-ethics by visiting the following links-